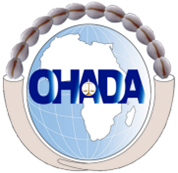 17 October 1993 – 17 October 2021: 28 years that the Organisation for the Harmonisation of Business Law in Africa has been working every day and each day to improve the legal and judicial security of its Member States and the well-being of our fellow citizens.

On this anniversary, considering the situation prevailing before the creation of the Organisation, it can be noted that progress is made. It is important to remember that on the eve of the creation of OHADA, Judge Keba M’Baye, to whom we can never pay sufficient tribute, quite rightly stated that “business law in the African countries of the franc zone is presented in a harlequin outfit made up of parts and pieces. In addition to this diversity of laws, we also note that they are not suitable for the current economic context”. More than a quarter of a century later, OHADA can proudly say that the situation has completely been reversed – thanks to the law produced by our common Organisation, our States now have common, modern, and regularly updated rules to guarantee the development of economic activities. OHADA law is widely disseminated and popularised, with the action of the High Regional School of Magistracy (ERSUMA) which is largely supplemented on this point by various worthwhile initiatives from the private sector. Also, the settlement of business disputes is secured thanks to the remarkable work of the Common Court of Justice and Arbitration (CCJA), while the promotion of alternative dispute settlement methods and the development of the arbitration market as well as contractual modelling in perspective offer economic players new areas of freedom and security.

The computerization of the Trade and Personal Property Right Register is in the process of being completed. It will mark an unprecedented revolution and will enable access to information about formal companies established in the 17 Member States from anywhere in the world, access to financial information and will provide a snapshot of the situation of companies

New outlooks are opening up with the consideration in the immediate future of corporate social responsibility, conflict of laws and circulation of public documents, franchising, the revision of the Uniform Act on the organisation of simplified recovery procedures and enforcement measures, the completion of the exploratory study on electronic transactions and the study on the economic impact and uniformity of applicability of OHADA law, which will make  assess to the economic scope of OHADA law and its degree of applicability possible.

It should be recalled that the Conference of Heads of State and Government has already had occasion to note with satisfaction the important contribution of OHADA to the rationalisation of the economic environment of the States Parties, and to reaffirm its confidence in the Organisation as a technical tool to strengthen economic progress and development.

In paying a well-deserved tribute to the founding fathers, whose futuristic vision enabled OHADA to see the light  and take shape, I would like, on the occasion of this anniversary, to extend my gratitude to the entire OHADA Community: the Member States, which have provided crucial support, and our various Technical and Financial Partners, who have always wisely supported our common Organisation; the OHADA staff who, on a daily basis, often very discreetly but always with efficiency and dynamism, work to ensure the proper execution of the Organisation’s mission; the very many friends of OHADA who ensure the promotion of our common Organisation and its legal system, both in Africa and outside the African continent. As a wise founding father said, OHADA “is a legal tool designed and created by Africa to serve economic integration and growth“.

This anniversary also gives me the opportunity to recall the pan-African vocation of OHADA, which current borders remains extensible. OHADA is a formidable tool to build African unity in the new context of AfCFTA and remains open to the membership of States wishing to participate in this exceptional and fascinating legal and judicial work of this century.

Happy anniversary to the OHADA Community!