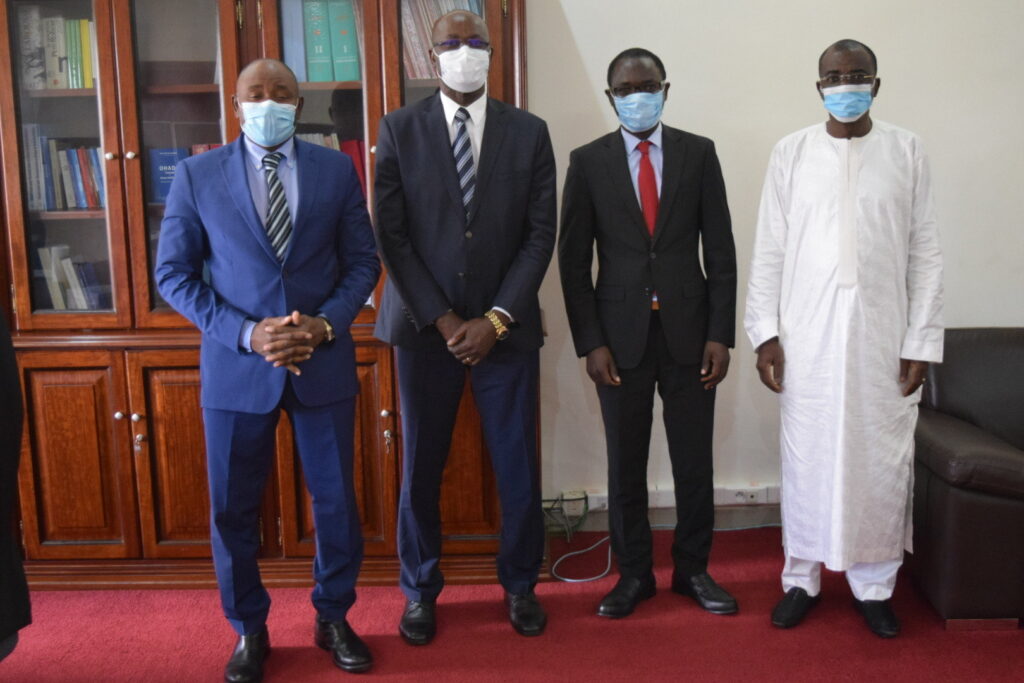 THE PERMANENT SECRETARY OF OHADA MEETS WITH A CEMAC DELEGATION.

On Thursday 24 September 2020 in Yaounde (Cameroon), the Permanent Secretary of the Organisation for the Harmonisation of Business Law in Africa (OHADA), Prof. Emmanuel Sibidi DARANKOUM, met with a delegation of the Economic and Monetary Community of Central Africa (CEMAC), on an official assignment in Yaounde as part of the continuation of actions for the implementation of the Business Climate Observatory in the CEMAC zone (OCA_CEMAC).

At the beginning of the working session between the two delegations, the Director of Economic Studies of CEMAC extended his sincere thanks to the Permanent Secretary of OHADA for his availability. He also conveyed to him the greetings of the President of CEMAC, Prof. Daniel ONA ONDO.

Taking the floor, the Permanent Secretary expressed his gratitude to the members of the CEMAC delegation and thanked the President of the Institution, Prof. Daniel ONA ONDO for his solicitude. He did magnify the excellent cooperation between CEMAC and OHADA.

The two parties discussed the need to strengthen numerous initiatives aimed at pooling efforts on operational, scientific and regulatory levels.

On the side-lines of the visit, the Permanent Secretary offered the CEMAC delegation a package of several works produced by OHADA in order to further disseminate and popularize the Organisation’s productions.

Upon accepting this package of works, the Head of Delegation thanked the Permanent Secretary on behalf of the President of CEMAC and promised to make good use of it.

The two delegations expressed their total satisfaction and pledged to continue working together.